Published in Primary Care and 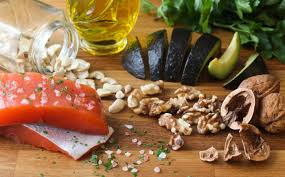 What is the deal with omega-3 supplements?

Omega-3 fatty acid has been shown to reduce death post-MI in some studies; but, yet, in other studies, it has no effect. So does it work or not?

In this study, instead of looking at hard endpoints like death or MI, the researchers used cardiac MRI to look for subtle changes in the myocardium. It was a small study of 358 post-MI patients. Half of the participants received 4 gm of omega-3 supplements, and, after 6 months, these patients had less non–infarct related myocardial fibrosis. They also had a reduced left ventricular systolic volume index by 5.8%. They had lower inflammatory markers in their blood, and the higher the levels of omega-3, the better the results; so, the effect seen with omega-3 seemed to be dose-dependent.

Now, before we go betting the farm on omega-3 supplements, let’s go back to some basics of what omega-3 fatty acids really are.

Both omega-3 and -6 are essential fatty acids, meaning that our bodies cannot make them so we need to eat them in our diet. Many chemicals needed by the body are made from both omega-3 and -6. However, one family of chemicals that can be produced from them is called eicosanoids. This family includes some very familiar chemicals like leukotrienes (inflammation), thromboxane (blood clots), and prostaglandins, which cause inflammation and other effects in the body.

Omega-6 is processed in the body much faster than omega-3, and so it creates more “bad” chemicals. A lot of omega-6 produces a lot of bad chemicals, but more omega-3 counterbalances this, which is why we think of omega-3 as good. In reality, however, omega-3 is simply not as bad as omega-6. Experts believe that we should be eating at a 1:1 ratio of omega-6 to omega-3.

Unfortunately, our western diet is more like 10:1 to 30:1 of omega-6 to omega-3. Too much omega-6 means we make a lot of inflammatory and thrombotic chemicals. Our diet has evolved to higher omega-6 content over the years. For example, corn oil is 46:1 omega-6 to omega-3. The ratio in grass-fed cows is 2:1, but it is more like 4:1 in grain-fed cows. There is less omega-3 in grains than in grass, and so grain-fed cows have less omega-3.

Perhaps to make sense of these studies we need to look at the omega-6 to omega-3 ratios. In the old studies, 1 gm of omega-3 was given to the participants, but if the participants had ratios of 30:1 then that 1 gm would not have had any impact. So, perhaps using the ratio to separate out the patients may give us more consistent outcomes.

For now, how should we improve the ratio? Omega-3 is made in plants, seaweed, and algae. So we can eat more plant-based foods and seaweed. Fish eat the algae, which is how they become rich in omega-3, so we can eat fish. Some estimates put omega-3 at seven times the level of omega-6 in fish; but, remember, that the larger the fish, the greater the amounts of heavy metals they accumulate. So, we should not eat too much of the big fish like tuna but perhaps should focus more on the small, oily fish, which have not lived long enough to accumulate these toxins. For meat, we should try for that from grass-fed livestock.

Perhaps the key is to balance our omega-3 and -6. Maybe it’s simpler to just take a supplement as was done by participants in this study; but, for the majority of us, perhaps we should choose foods that have a better ratio of omega-3 to omega-6. Remember, we can’t make these so our bodies will have to use what we eat. So choose wisely.

This abstract is available on the publisher’s site.

Omega-3 fatty acids from fish oil have been associated with beneficial cardiovascular effects, but their role in modifying cardiac structures and tissue characteristics in patients who have had an acute myocardial infarction while receiving current guideline-based therapy remains unknown.