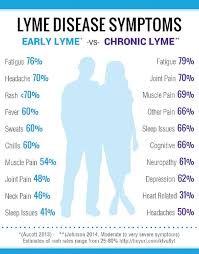 what is Lyme Disease?

Lyme disease, also known as Lyme borreliosis, is not only the most well-known tick-borne illness, but also one of the fastest growing infectious diseases in the United States and Western Europe. However, the overall knowledge of the disease among healthcare professionals and the general population alike is still lacking.

In the early 1970s, there was an unexpected outbreak of an arthritis-like condition affecting a group of children and adults living close to Lyme, Connecticut. The group was studied by a medical establishment, and all those infected recalled being bitten by a tick in or around Lyme, Connecticut, leading scientists to name the unknown disease, Lyme.

Over 100 years ago in Europe, before the known causes of Lyme disease were discovered, the illness was first described by the characteristic early stage disease, skin rash erythema chronicum migrans (EM), and by the late stage disease, skin rash acrodermatitis chronica atrophicans (ACA). We now know the European species, B. afzelii, was responsible.9

The symptoms of Lyme disease are similar to those of TBRF, which include fever, headache, fatigue, chills, myalgia, joint and muscle pain, loss of appetite, nausea, disorientation or memory loss, lack of coordination, as well as more severe conditions of neurological disease. Additionally, a characteristic red bulls-eye rash, known as erythema chronicum migrans (EM), may appear at the site of the bite within days to weeks after exposure, but it is present in less than 40% of patients. Nervous system abnormalities may include memory loss and partial facial paralysis (Bell’s palsy). Migratory joint pains, pain in the tendons, muscles and bones may occur later in the disease. Arthritic symptoms, if present, usually affect the large joints like the knees. Symptoms may appear, disappear, and reappear at various times.

Lyme borreliosis caused by B. burgdorferi sensu stricto causes a multisystemic disease that can affect many organs, including the heart, joints, central nervous system, and the brain. B. afzelii causes a distinct skin infection known as ACA, and B. garinii is associated with early Lyme neuroborreliosis, causing painful radiculitis (Garin-Bujadoux-Bannwarth syndrome).

How is Lyme Diagnosed?

Lyme disease can be diagnosed at a hospital laboratory, or though a lab, such as IGeneX, that specializes in tick-borne diseases. The diagnosis of Lyme disease encounters two main problems: misdiagnosis and late diagnosis. Comprehensive laboratory testing (that includes serological tests such as Lyme Immunoblots [IgM and IgG] to detect antibodies to B. burgdorferi; and Lyme PCR to detect B. burgdorferi specific DNA) offers clinicians the best path to diagnosing their patients.

We use a combination of different modalities including but not limited to:  Ozone therapy,  Antimicrobial herbs,  Mold detoxification, Diet,  Detoxification,  Homeopathic nosodes and more!

Lyme Disease was last modified: May 25th, 2020 by asmithers