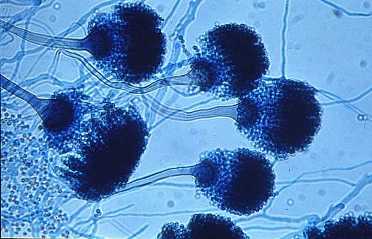 The typical person will become ill with prolonged exposure to biotoxins, but the majority of us will recover quickly once the biotoxin source is removed. However, a small percentage of the population has genes that prevent their bodies from being able to recognize and thus eliminate biotoxins. This then triggers a chronic, systemic inflammatory response. These are the people that develop CIRS.

Unfortunately, often times the symptoms of mold biotoxin illness and CIRS go undiagnosed and untreated. This is typically because a patient doesn’t realize they’ve been exposed to a biotoxin over a long period of time and their doctor simply isn’t looking that direction for causation.

Many health effects are caused by exposure to the interior environment of Water Damaged Buildings (WDB). The complex mixture of contaminents present in the air and in the dust in WDB form a toxic chemical stew.

There are so many possible sources of these toxic compounds found in WDB that can lead to the variety of symptoms caused by mold illness, no single compound can be identified as the sole cause of the inflammatory responses, or the illness, seen in affected patients. Since no one thing can be deemed as solely responsible for the sickness, the sole cause becomes the WDB itself.

Below is a list of of some of these dangerous compounds and an explanation of each. Please understand this toxic chemical stew is a very complex mixture that truly wreaks havoc in the body. These explanations are simplified to make them easier to understand.

Knowledge is power and patients have the right to understand what is making them sick, so they can avoid exposure in the future.

Treatment involves removing the source of contamination and then involves a series of treatments to help detoxify the body of accumulated biotoxins.

Biotoxin Illness (CIRS) was last modified: May 24th, 2020 by asmithers