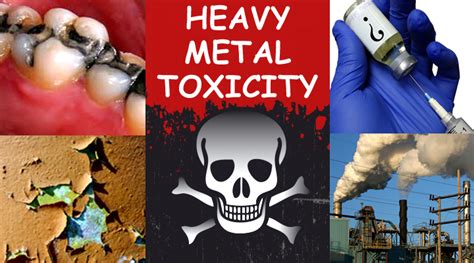 What Is Heavy Metal Toxicity?

There are many individual metals causing varying degrees of illness based on acute and chronic exposures.  Heavy metals is the term used for a group of elements that have particular weight characteristics.  They are on the “heavier” end of the periodic table of elements.  Some heavy metals – such as cobalt, copper, iron, manganese, molybdenum, vanadium, strontium, and zinc – are essential to health in trace amounts.  Others are non-essential and can be harmful to health in excessive amounts.  These include cadmium, antimony, chromium, mercury, lead, and arsenic – these last three being the most common in cases of heavy metal toxicity.

In addition,  heavy metals and pathogenic microorganisms are often found in combination.  The heavy metals not only increase the virulence of the microbes but many pathogens hold and harbor large amounts of these toxic metals.  Both should be addressed concurrently.

As an example of the scope of a heavy metal’s toxicity, lead can affect the nervous system, gastrointestinal system, cardiovascular system, blood production, kidneys, and reproductive system.

Symptoms of heavy metal toxicity include mental confusion, pain in muscles and joints, headaches, short-term memory loss, gastrointestinal upsets, food intolerances/allergies, vision problems, chronic fatigue, and others.  The symptoms are so vague that it is difficult to diagnose based on symptoms alone.

Mercury
Mercury toxicity has been linked to, among other things, mercury dental fillings, particularly when people have a large number of them.  Symptoms include a metallic taste in the mouth, excess salivation, gingivitis, tremors, stomach and kidney troubles.  Mental symptoms include shyness, irritability, apathy and depression, psychosis, mental deterioration, and anorexia.

At Integral Medicine in Sarasota Fl.  We believe in a conservative approach to heavy metal detox.  An aggressive approach can result in massive mobilization of metals that overwhelm the detox pathways and therefore lead to a redistribution of the metals.  We use natural binders and detoxification agents to rid the body of these toxins

Heavy Metal Toxicity was last modified: May 24th, 2020 by asmithers