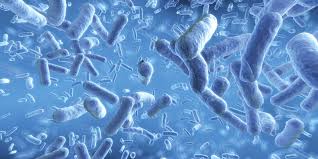 This small pilot study randomized 44 patients with IBS to receive either Bifidobacterium longum or placebo for 6 weeks. Depression and anxiety scores were followed at 0, 6, and 10 weeks, and functional MRI was performed at 6 weeks.

Depression scores (but not anxiety) improved, and functional MRI showed a down regulation of fear in the amygdala and frontolimbic areas of the brain, which correlated with the improvement in depression scores.

There were no significant differences in taxonomy of the microbiome in either group, and there was no difference in inflammatory markers. But there was a change in catecholamine metabolites seen in stool samples. The authors suggest that the bacteria may influence dopamine and norepinephrine as a pathway to improve mood through the central nervous system. Of concern were the low depression scores in the placebo group at baseline. The improvement in depression scores in the B. longum group could have been due to the regression to the mean.

Here is what we believe we know

As with all diseases, therapy is complicated and requires that we adapt to the unique ecosystem that presents with each clinical encounter. Research like this reminds us of this complexity and that there really are no clear separations between gut and mind. It’s all interconnected.

This abstract is available on the publisher’s site.

Probiotics can reduce symptoms of irritable bowel syndrome (IBS), but little is known about their effects on psychiatric comorbidities. We performed a prospective study to evaluate the effects of Bifidobacterium longum NCC3001 (BL) on anxiety and depression in patients with IBS.

We performed a randomized, double-blind, placebo-controlled study of 44 adults with IBS and diarrhea or a mixed-stool pattern (based on Rome III criteria) and mild to moderate anxiety and/or depression (based on the Hospital Anxiety and Depression scale) at McMaster University in Canada, from March 2011 to May 2014. At the screening visit, clinical history and symptoms were assessed and blood samples were collected. Patients were then randomly assigned to groups and given daily BL (n=22) or placebo (n=22) for 6 weeks. At week 0, 6 and 10, we determined patients’ levels of anxiety and depression, IBS symptoms, quality of life, and somatization using validated questionnaires. At week 0 and 6, stool, urine and blood samples were collected, and functional magnetic resonance imaging (fMRI) test was performed. We assessed brain activation patterns, fecal microbiota, urine metabolome profiles, serum markers of inflammation, neurotransmitters and neurotrophin levels.

At week 6, 14/22 patients in the BL group had reduction in depression scores of 2 points or more on the Hospital Anxiety and Depression scale, vs 7/22 patients in the placebo group (P=.04). BL had no significant effect on anxiety or IBS symptoms. Patients in the BL group had a mean increase in quality of life score compared with the placebo group. The fMRI analysis showed that BL reduced responses to negative emotional stimuli in multiple brain areas, including amygdala and fronto-limbic regions, compared with placebo. The groups had similar fecal microbiota profiles, serum markers of inflammation, and levels of neurotrophins and neurotransmitters, but the BL group had reduced urine levels of methylamines and aromatic amino acids metabolites. At week 10, depression scores were reduced in patients given BL vs placebo.

In a placebo-controlled trial, we found that the probiotic BL reduces depression but not anxiety scores and increases quality of life in patients with IBS. These improvements were associated with changes in brain activation patterns that indicate that this probiotic reduces limbic reactivity.