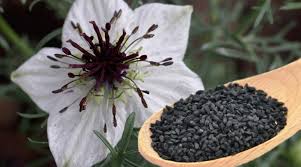 Nigella sativa had been documented to possess many therapeutic functions in medicine but the least expected is sero-reversion in HIV infection which is very rare despite extensive therapy with highly active anti-retroviral therapy (HAART). This case presentation is to highlight the complete recovery and sero-reversion of adult HIV patient after treatment with Nigella sativa concoction for the period of six months. The patient presented to the herbal therapist with history of chronic fever, diarrhoea, weight loss and multiple papular pruritic lesions of 3 months duration. Examination revealed moderate weight loss, and the laboratory tests of ELISA (Genscreen) and western blot (new blot 1 & 2) confirmed sero-positivity to HIV infection with pre-treatment viral (HIV-RNA) load and CD4 count of 27,000 copies/ml and CD4 count of 250 cells/ mm3respectively. The patient was commenced on Nigella sativa concoction 10mls twice daily for 6 months.. He was contacted daily to monitor side-effects and drug efficacy. Fever, diarrhoea and multiple pruritic lesions disappeared on 5th, 7th and 20th day respectively on Nigella sativa therapy. The CD4 count decreased to 160 cells/ mm3 despite significant reduction in viral load (≤1000 copies/ml) on 30th day on N. sativa. Repeated EIA and Western blot tests on 187th day on Nigella sativa therapy was sero-negative. The post therapy CD4 count was 650cells/ mm3 with undetectable viral (HIV-RNA) load. Several repeats of the HIV tests remained sero-negative, aviraemia and normal CD4 count since 24 months without herbal therapy. This case report reflects the fact that there are possible therapeutic agents in Nigella sativa that may effectively control HIV infection.

HIV infection was regarded by scientists as the worst epidemic in recent decades and almost 2/3rd of the 33.3 million infected people live in Africa (UNAIDS, 2010). No infectious disease or organism claimed 1.8 million of both adult and children lives in a year (2009) except HIV/AIDS. Despite efforts on availability of free treatment of the infection, only 5.2 million of 22.5 million people living with HIV/AIDS in Africa could access free antiretroviral therapy in 2009 (UNAIDS, 2010). All the attempts to cure the HIV infection proved abortive although progress had been made on controlling almost all the steps involved in the viral replication cycle (Kindt et al, 2007).

Herbal remedy is a substance that contains active ingredients which are parts of plants or plant materials, or combinations used to treat a multitude of ailments throughout the world (WHO, 2002). Many herbal remedies had played many roles in treatment of HIV/AIDS ranging from opportunistic infections to the inhibition of the viral replication (Cos et al, 2008 and Kong et al, 2003). Tat (p14 regulatory protein that activates proviral DNA transcription) had been documented to be inhibited by pentosan poly-sulphate, a carbohydrate derivative (Watson et al, 1999). Reverse transcription and HIV induced cell fusion is also inhibited by Ancistrocladus korupensis, a liana (Matthee et al, 1999). A canolide (coumarin) from tropical forest tree (Calophyllum lanigerum) was documented to possess non-nucleoside reverse transcriptase inhibitory potential in potency (Dhamaratne, et al 2002). Some Chinese medicines have been reported to cause sero-reversion in HIV patients (Lu et al 1997).

Nigella sativa is a popular herb that have been in use in many forms (root, leaf and seed) since many centuries as dated in Islamic and Christian history (Al-Bukhari, 1976 and Isaiah). It is widely available in Asia and Mediterranean regions. Many research studies have been documented on the attributed role ofNigella sativa in treatment of various ailments ranging from infectious to non-infectious diseases (Rhandhawa, 2008). N. sativa was documented to increase T helper cell and other leucocytes (Bamosa et al, 1997 and El-Kadi & Kandil, 1986). The accelerating wound healing effect of N. sativa had been established in rats and humans (Ahmed et al, 1995). It has potent anti-inflammatory, pyrexic and analgesic effects (Al-Ghamdi, 2001 and Houghton et al, 1995). It has been demonstrated to be useful in ameliorating allergic diseases (Badar, 1960). Nigella sativa was documented to be potent antimicrobial agent on bacteria, fungi, protozoa and viruses (Topozada et al, 1965; Alijabre et al, 2005 and Akhtar & Riffat, 1991). However, its antiretroviral (HIV) efficacy had not been well documented, thus propelling the reporting of this presentation.

YB (25/Os), a 46 year old man, was an artisan (panel beater) who was recruited via the herbalist into the prospective (doctoral) research study and presented with fever, diarrhoea, weight loss and malaise of 3 months duration. He had multiple popular pruritic skin lesions and weight loss evidenced by prominent zygomatic process with sero-positivity to HIV tests (ELISA and confirmed by Western blot). The pre-treatment CD4 count and viral (HIV-RNA) load were 250cells/mm3 and 27, 000 copies/ml respectively. Herbal therapist commenced treatment by dispensing 10mls three times daily of Nigella sativa concoction for 4 months effective from August 2009. He was monitored daily and visited regularly to ascertain the effectiveness of the herbal concoction. However, because of the patient’s occupation schedule (worked 7am – 7pm daily), he could only take the medication twice daily, thus lasting for almost 6 months (January 2010). The fever, malaise and diarrhoea disappeared on the 5th and 7th day respectively. The multiple papular pruritic lesions disappeared on the 20th day. However, the 1st monthly CD4 count was reduced drastically (160 cells/ mm3) despite rapid clinical improvement and significant viral (HIV-RNA) load (1000 copies/ml). Surprisingly, the CD4 count increased gradually from the 2nd month and viral load became undetectable. The CD4 count and viral (HIV-RNA) repeated at the end of therapy were 650cells/ mm3 and undetectable (≤ 50copies/ml) respectively. HIV screening (EIA) and Western blot were repeated on 187th day on herbal concoction therapy and were both negative. The patient was followed up regularly with repeated HIV screening, confirmation (Western blot), CD4 count and viral (HIV-RNA), with all showing sero-negativity and undetectable viral load with normal CD4 count (≥750cells/ mm3). The patient was not on HAART before, during or after the Nigella sativa concoction therapy.

The un-scientific claims by herbal therapists on diseases led to the research study to determine the effectiveness of herbal remedies in HIV infection. Although HIV infection and un-expected treatment outcome (sero-reversion) had generated controversy, investigational research and reporting could help in the confirmation or rejection of documented claims in many parts of the world. There are many documented roles of herbal remedies in treatment of diseases but sustained sero-reversion and complete recovery was the least expected in HIV infection. Sero-reversion and complete recovery of HIV patient taking Nigella sativahad not been reported despite many pharmacologic and therapeutic functions associated with the herbal products from this plant (Al-Ghamdi, 2001; Aljabre et al, 2005; Bamosa et al, 1997; Houghton et al, 1995;Morsi, 2000; Randhawa, 2008).

The initial decline in CD4 count despite significant clinical improvements by N. sativa concoction is an indication that CD4 count is not enough to monitor the effectiveness of herbal therapy in HIV infection. Likewise 3-month CD4 count is not adequate to determine efficacy of therapy in HIV infection. This is confirmed by significant decrease in viral (HIV-RNA) load with disappearance of signs and symptoms associated with HIV infection in this patient. This is in contrary to the general knowledge that effective antiretroviral therapy (HAART) increases the CD4 count and reduces viral load significantly within 100 days of commencement with therapy. This patient’s case despite poor adherence to medication (twice daily medication instead of thrice as prescribed by herbal therapist) is in support of earlier findings that herbal remedies are not only effective in HIV infection but caused sustained sero-reversion (Lu et al, 1997 andOnifade et al, 2012).

HIV patients on HAART normally experience rapid decrease in viral load with increase in CD4 count due to inhibition of steps in viral replication. Thus, HAART is virustatic. Nigella sativa concoction is likely to be virucidal because viral load reduced significantly and symptoms and signs associated with HIV infection disappeared despite reduction in CD4 count at early phase of treatment in this patient. This is in support of earlier studies that Nigella sativa and protease inhibitor (Ro 31-8959) selectively lyse viral infected cells (Levin et al, 2010 and Rhandawa, 2008). The likely virucidal effect of Nigella sativa therapy on HIV infected cells might explain the initial decrease in CD4 count due to excess CD4 T cell lysis when compared to lymphoiesis. This is confirmed by significant viral load reduction to undetectable level within 3 months commensurable with HAART.

The sustained sero-reversion caused by Nigella sativa might be due to complete absence of HIV infected cells from the body like ‘Berlin’ patient (Hutter et al 2009). Because the half-life of circulating IgM and IgG are 5 and 23 days respectively, absence of the virus (antigen) would halt further B or plasma cell secretion. Because productive short half-life (24 hours) CD4 T cells produce 93–97% of plasma virus, their rapid lysis or viral replication inhibition would cause viral load reduction to undetectable level on antiretroviral therapy. However, HIV from productively infected long lived macrophage (14 days), resting or memory CD4 T cells (about 50 years) that account for 1-7% plasma HIV, continue to evoke antibody production (Finzi and Siliciano, 1998).

It was concluded that the sustained sero-reversion induced by Nigella sativa concoction in this HIV patient means that all HIV cells at all stages in infected cells in the body must have been lysed. Therefore, there is need to further study more HIV patients on Nigella sativa therapy and its virucidal effect on this pandemic virus.

We declare that there is no conflict of interest in this publication.

We appreciated the support given by the ex-HIV patient (25 Os) for this case report to be made public. Herbal therapist declared that Nigella sativa concoction contained 60% N.sativa seed and 40% honey