 2004 The Royal College of Radiologists. Published by Elsevier Ltd. All rights reserved. 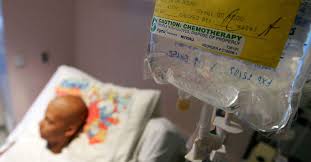 In adults, cytotoxic chemotherapy became established in the1970s as a curative treatment in advanced Hodgkin’s disease[1], non-Hodgkin’s lymphoma [2], teratoma of testis [3] and as an adjuvant treatment for early breast cancer [4].The initial results suggested the potential use of cytotoxic chemotherapy as a definitive treatment or as an adjuvant therapy in asymptomatic patients with the aim of improving
survival. However, as stated by Braverman [5] and others [6e8], the early gains in a few tumour sites have not been seen in the more common cancers.  For most patients, the use of cytotoxic chemotherapy is for the palliation of symptoms and to improve quality of life [9], with prolongation of survival being a less important outcome.  Some practitioners still remain optimistic that cytotoxic chemotherapy will significantly improve cancer survival [10]. However, despite the use of new and expensive single and combination drugs to improve response rates and other agents to allow for dose escalation, there has been no change in some of the regimens used, and there has been little impact from the use of newer regimens. Examples are non-Hodgkin’s lymphoma [11] and ovarian cancer [12], in which cyclophosphamide, adriamycin, vincristine and prednisolone (CHOP) and platinum, respectively, (introduced over 20 years ago) are still the ‘gold standard’ treatment. Similarly, in lung cancer, the median survival has increased by only 2 months during the same time period [13,14], and an overall survival benefit of less than 5% has been achieved in the adjuvant treatment of breast, colon, and head and neck cancers [15e17]. The recent debate on funding of new cytotoxic drugs [18e20] has highlighted the lack of agreement between medical oncologists and funding bodies on the current and future value of cytotoxic chemotherapy in cancer management. In 1986, Kearsley [6] estimated that the contribution of chemotherapy to overall survival in the USA was 4.3%. By reassessing the contribution of definitive and adjuvant cytotoxic chemotherapy to 5-year survival in adult malignancies, we sought to update the estimate in order to provide a more rational basis for the current debate on funding and availability.

Methods
We undertook a literature search for randomised-controlled trials (RCTs) that reported a statistically significant increase in 5-year survival due solely to cytotoxic chemotherapy in adult malignancies (defined as 20 years of age or over). The search period was from 1 January 1990 until 1 January 2004. We searched Medline, Cancerlit and Embase to identify RCTs for each neoplasm using the MeSH headings of chemotherapy, radiotherapy and combined modality treatment. We used the Cochrane Collaboration
and the Cochrane Cancer Library to identify meta-analyses and systematic reviews reporting the pooled results of RCTs. We also hand searched reference lists in published papers and other relevant articles.
We accepted the results of the RCTs, meta-analyses or systematic reviews as reported, and did not critically review the data further. As a measure of long-term survival and possible cure, 5-year survival data were used. When 5-year data were not available, shorter survival times were used, provided the outcome reported was statistically significant. We did not attempt to evaluate the effect on cancer outcomes of hormones, immunotherapy, antibodies, tumour vaccines, gene therapy or other novel techniques. Similarly, we did not evaluate the use of cytotoxic chemotherapy for the palliation or non-curative treatment of malignancy, as an impact on 5-year survival was unlikely. The preferred source of evidence was either a systematic review or a meta-analysis of the RCTs for that malignancy. An RCT could take precedence over a systematic review or meta-analysis, but only when the RCT was from a reputable
trials group, more recent than the systematic review or meta-analysis, randomised approximately 1000 patients, and the results were of such a magnitude that data from a previous analysis was clearly inferior. For each malignancy, the absolute number of individuals obtaining an improvement in 5-year survival as a result of chemotherapy was the product of the number of newly diagnosed cancer patients aged over 20 years with that malignancy, the proportion or subgroup(s) showing a benefit, and the percentage increase in 5-year survival resulting solely from cytotoxic chemotherapy.  For the 22 major malignancies evaluated (Tables 1 and 2),the number of individuals with cancer aged 20 years and
over in 1998 were calculated, using the cancer incidence data for Australia from the Australian Institute of Health and Welfare (AIHW) [21] (http://www.aihw.gov.au) and the Surveillance, Epidemiology, and End Results (SEER) data for the USA [22] for 1998.  Malignancies with small total numbers, such as galbladder, pleura, eye, bone, penis and placenta were excluded. Acute and chronic leukaemia (n ¼ 1647 or 2% of total) were not included because of the difficultly in defining outcomes according to FAB (French American British) classification and the different outcomes for children and adults. Also, these patients are usually cared for by clinical haematologists rather than medical oncologists.  For Australia, the 22 malignancies evaluated were 90% of the total number of newly diagnosed cancer patients for 1998.
In most instances, the contribution to 5-year survival applied to subgroups that varied according to histology, stage, nodal involvement or menopausal status. The size of these subgroups was obtained from data on the distribution of stage in the South Australian Cancer Registry for 1998 [23], from the SEER data for 1998 [22] or from patterns of care studies [24].  The percentage increase in 5-year survival with cytotoxic chemotherapy for the malignancy as a whole or for the subgroup was identified by the literature search as detailed above. Each malignancy was evaluated separately and the absolute number of people to benefit was established. The overall contribution of cytotoxic chemotherapy to 5-year survival was the sum total of the absolute numbers to benefit expressed as a percentage of the total number of cancer patients in the 22 malignancies evaluated.  To establish the general applicability of the data, the contribution to 5-year survival was calculated separately for Australia and the USA. Where assumptions were made, we erred on the side of over-estimating the benefit.

Results
The overall contribution for curative and adjuvant cytotoxic chemotherapy to 5-year survival in adults was estimated to be 2.3%  in Australia and 2.1% in the U.S.A.